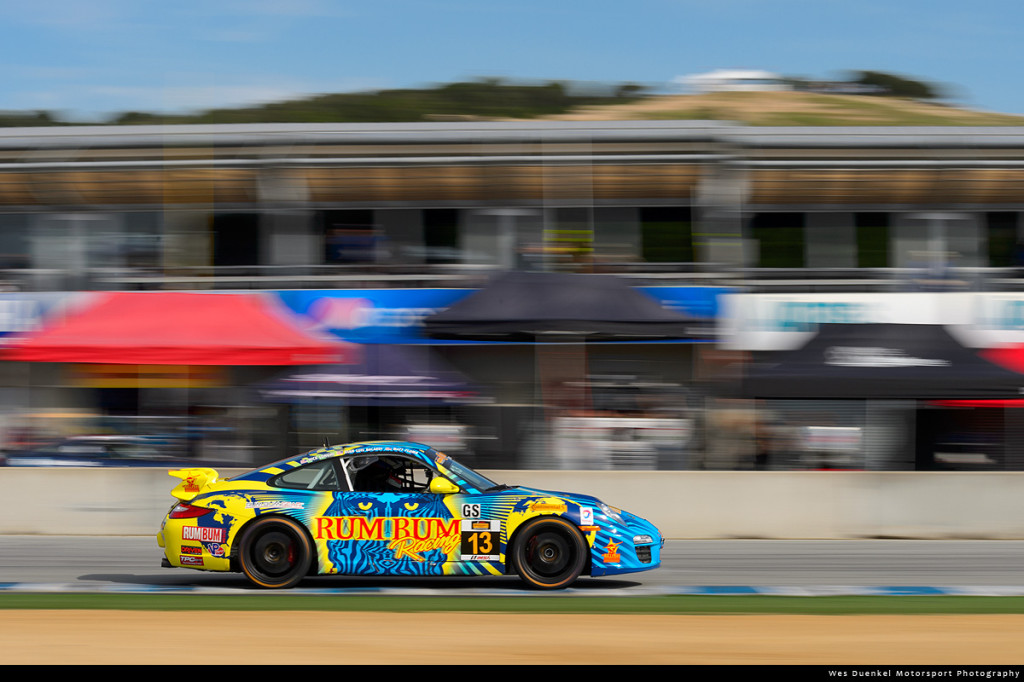 Orlando, Fla. (24 June 2014) – Luis Bacardi’s Rum Bum Racing has made four trips to upstate New York’s Watkins Glen International since the team’s IMSA Continental Tire SportsCar Challenge debut in 2010, and in recent years has become quite familiar with the podium located in the Glen’s famous Gatorade Victory Lane. The 2012 & 2013 GS Champions won at the Glen in 2012 with drivers Matt Plumb and Nick Longhi and the driving duo followed that up with a runner-up finish last year. And now on a hot streak after a frustrating start to the 2014 season, the team sits third in the championship and Longhi and Plumb have their eyes on that top step of the podium once again.

The checkered flag for the Continental Tire 150 at the Glen on Saturday marks the halfway point for the  IMSA Continental Tire SportsCar Challenge season as several teams vie to stop Rum Bum from securing a third consecutive IMSA championship in the highly competitive category.

It hasn’t been an easy start to the year for the defending champs, but the determined group has rallied for four top-10 results in the No. 13 Rum Bum Racing Porsche and has remained at the top end of the championship standings. A breakthrough victory two races ago gave the team a boost in momentum and the group finished fourth in the previous IMSA event at Kansas where just one lap of fuel was all that separated the team from a second consecutive win.
The championship-winning squad returns to the 3.4-mile Watkins Glen road course this weekend and is eager to make it three podiums in a row for the Florida-based team.

Last year, a challenging start to the race saw Rum Bum fight back to the Watkins Glen podium – once again putting the team’s dedication and perseverance on full display. After starting eighth, the No. 13 Porsche made contact early in the race which loosened the car’s hood and flipped it up onto the windshield. Fortunately, an unsighted Longhi was able to carefully make his way back to pit lane, but the No. 13 Porsche fell way down the order.

As rain fell later in the race, Plumb used it to his advantage and took over the race lead with a brilliant charge to the front. A late race caution provided a one-lap dash to the finish where Plumb battled a wet track while running on slick tires. Plumb ceded the lead on that final green flag lap and took second at the checkered flag.

In the team’s four and a half year history, Rum Bum Racing has emerged with positive results even when things don’t go exactly to plan. The team looks to capitalize on this experience and knowledge of the Watkins Glen circuit to return to the podium for the third consecutive year.

“This team gets it right most every single time,” said Plumb who nearly won the previous Kansas event before making a splash for fuel on the final lap. “In this series, things are bound to go a little off plan but this team makes the best of it no matter what. The team constantly works to make this car better and (crew chief) Joe Varde always seems to have a new strategy up his sleeve. So we’re optimistic about the Glen. For whatever reason, Watkins Glen has been good to us so we’ll just go back and do what we always do and hopefully come out of it with another big result.”

Rum Bum Racing will first take to the track on Thursday afternoon for practice. Friday will see another practice session and then a 15-minute qualifying run ahead of Saturday’s 2.5-hour Continental Tire 150 at the Glen event at 11:35 AM ET. Live video as well as timing and scoring is available at scoring.imsa.com/sportscar-challenge/.