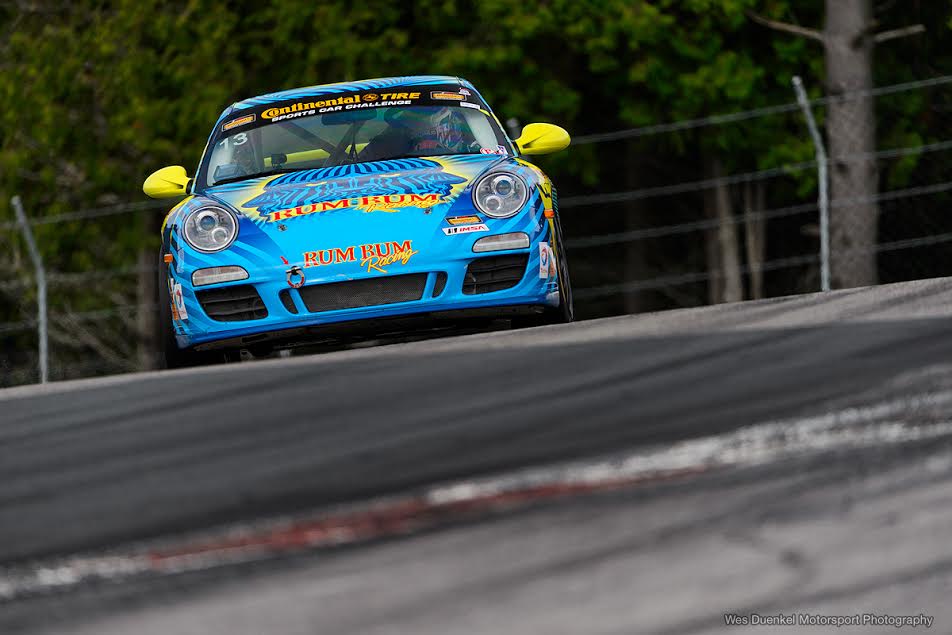 The result is the fifth consecutive top-five starting position for the team this year.

The Florida-based squad arrived at CTMP fresh from a sixth place finish at Watkins Glen. Both Hugh and his co-driver and brother Matt Plumb participated in a promoter test day on Thursday and worked through a variety of set-ups on the Porsche machine.

The car was well-prepared when official practice got underway on Friday and the Rum Bum team was credited with the third quickest time in the first practice and then posted the fifth fastest time in the second session.

Hugh Plumb strapped in for the qualifying run and put down a lap of 1:27.568-seconds which was enough to secure a starting spot on the inside of Row 2. That lap time was the fastest of the day for the No. 13 Porsche. Hugh Plumb will open the race before turning the car over to Matt Plumb who will anchor the car to the finish.

“The Rum Bum car has been better and better every session and I am sure that trend will continue for the race,” said Hugh Plumb. “It is going to be difficult to outpace some of the new cars but the Rum Bum crew never fails to execute on preparation, setup and strategy. It really is a pleasure to be a part of it and can’t wait to put on a show tomorrow.”