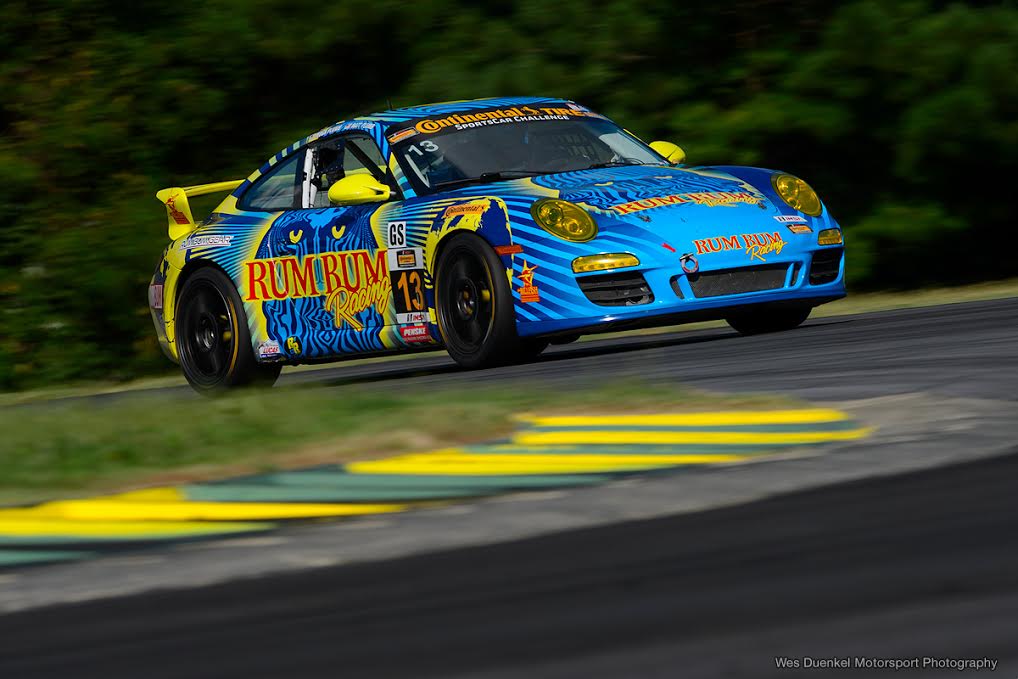 Orlando, Fla. (28 September 2015) – The 2015 IMSA Continental Tire SportsCar Challenge will close out its 2015 season this Friday at Road Atlanta after a championship season that has stretched across North America.

For Luis Bacardi’s Rum Bum Racing, the goal remains the same as it has all year long as the squad targets victory in the 2015 season-finale race.

The Orlando, Florida-based team has delivered yet another strong season in GS class competition. The No. 13 Rum Bum Racing Porsche has led over 150 laps in nine races this year with the brother driving duo of Matt and Hugh Plumb standing on the podium five times.

Three of those podiums came in the form of a win at Daytona International Speedway, Road America, and Virginia International Raceway. With three victories in the books, Rum Bum Racing would like nothing more than to close the season in the same way it opened it: on top with a win.

The 2.54-mile road course located outside of Atlanta is one that was added to the IMSA schedule in 2013. Rum Bum Racing scored the pole and finished 10th in that first visit and then followed that up with a run to third in last year’s season-ending race.

“We’ll go into this weekend and just to do the same job that we’ve always done,” said Team Manager and driver Matt Plumb. “And that’s to perform to the best of our ability. If we have a car to win, if we have the track that suits the Porsche, we’ll go for the win. If we’re a second place car, we still want to win. We’re always trying to push a little bit further than what our car is capable of. With the team that we have, with the pit stops that we have, it’s possible. Our guys are the best in the business and we want to finish out the season on a high note.”