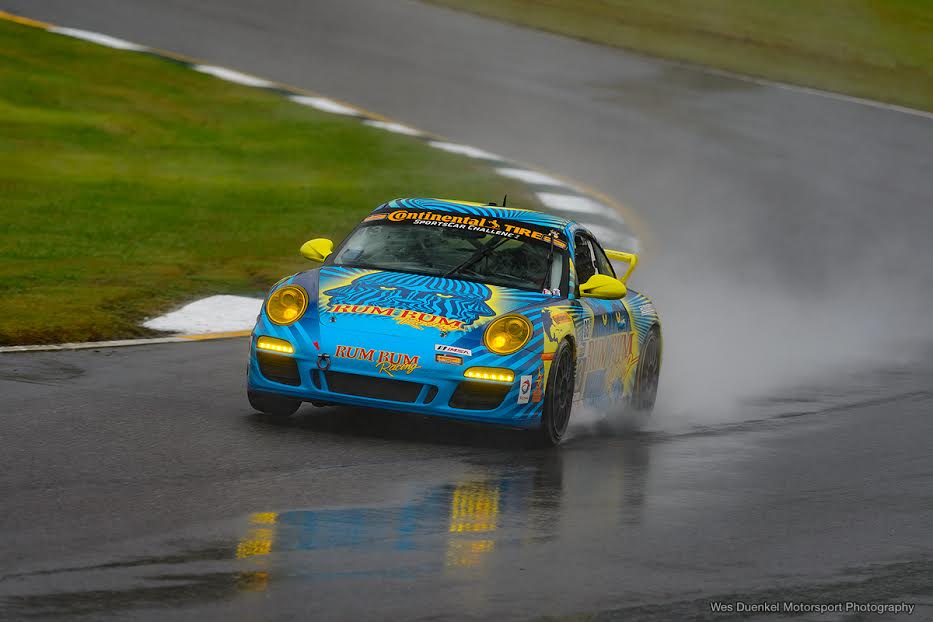 Braselton, Ga. (2 October 2015) – The 2015 IMSA Continental Tire SportsCar Challenge championship staged its final race of the season at Road Atlanta on Friday and Rum Bum Racing and the team’s drivers Matt and Hugh Plumb secured second in both the team and drivers championships.

It capped off what has been an incredible season for the Florida-based Rum Bum Racing organization which won three races this year and claimed five podium results in 10 races. Hugh Plumb delivered several strong qualifying performances, earning a front row start five times.

Further solidifying how well the Rum Bum Racing team prepared for each race weekend, the No. 13 Rum Bum Racing Porsche completed 95.4% of race laps this year which added to its remarkable accomplishment of 91.4% laps completed since the team’s debut in 2010.

“This season we were one of the challengers, but at the same time, we were the underdog,” 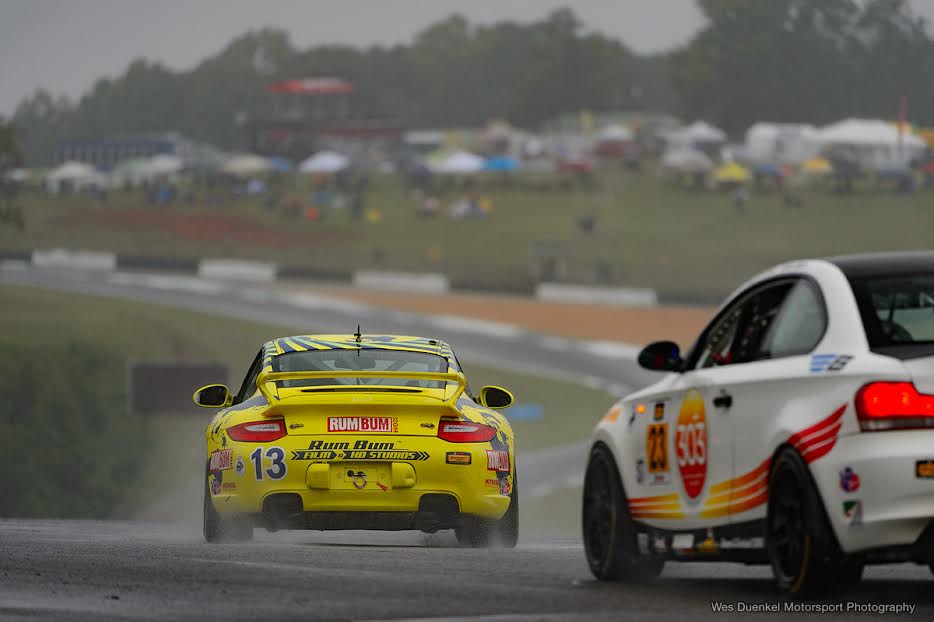 said Matt Plumb, who serves as Team Manager in addition to his driving duties. “I think there was a lot of pressure for the Stevenson guys to win this year and they did a good job winning it. It was our job to keep them honest and I think we did a good job of that. This is our car’s fourth year so for us to have ended its career and its life finishing just behind a factory team like Stevenson, it’s pretty monumental. It’s really a testament to this team and certainly the little engine that could.”

The season-finale Road Atlanta event brought heavy rain to the area, but with the weather radar showing that the rain would clear out during the race, Rum Bum Racing opted to start on slick Continental Tires. Unfortunately, the predicted weather did not come to fruition, and rain fell steadily as the race opened.

Qualifying had been rained out and the grid was set by championship point order which saw Hugh Plumb open from outside of the front row on the slick Continental Tires. But as the GS class field frontrunners all ran on rain tires in the opening laps on what had become a very slick track, Hugh Plumb slipped to sixth as he struggled to find grip as the leaders were able to lap the track several seconds faster than he was.

Unfortunately, the poor weather conditions created a debilitating fogging situation on the windshield of the Porsche which left Plumb constantly using a squeegee on the inside of the windshield in addition to driving the car just to be able to see the track ahead.

The Rum Bum squad took advantage of a late-race caution with 30 minutes to go to bring the No. 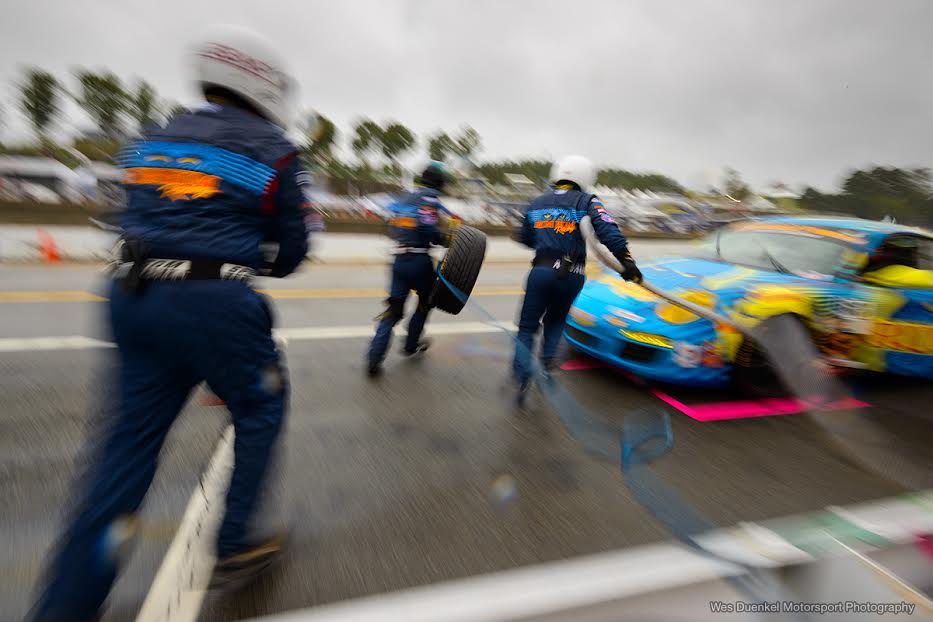 13 Porsche to pit lane to clean the windshield and take on fresh Continental Tires. Plumb lined up 12th in the order on the final restart and despite the poor visibility, powered through to bring home ninth at the finish.

“For all the perfect days we’ve had as a team, sometimes days like this just happen in racing,” said Hugh Plumb. “The conditions were very bad out there. We had gone out in the rain earlier in the week and our car was great. The water was just not going away today, there were puddles everywhere and not only could we not see, our car just didn’t like it. The car was a little nervous. At the end of the day we got second in the championship and that’s something to be proud of. A huge thank you to everyone on this team that Luis Bacardi assembled to run this program on a job well done this year.”