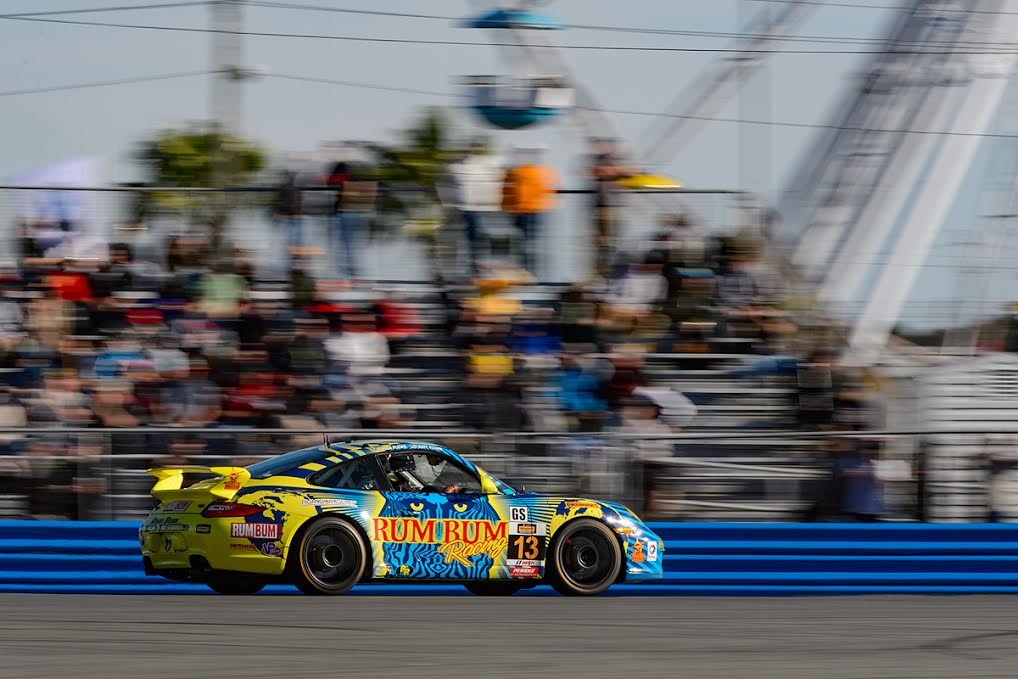 Daytona Beach, Fla. (29 January 2016) – Rum Bum Racing returned to its home track of Daytona International Speedway firmly focused on a another big result at the “World Center of Racing.” The three-time Daytona winners wanted to open the 2016 IMSA Continental Tire SportsCar Challenge championship with a big result once again on Friday.

With a strong record of success at the track, the team was well-prepared to take on the 3.56-mile road course and Hugh Plumb started from the pole position after posting the fastest time during a soggy qualifying session on Thursday.

The Orlando-based Rum Bum Racing squad appeared to be well on its way to a return trip to the podium after leading 22 laps of a race that opened with a frantic pace, but to the disappointment of the Rum Bum Racing fans on site and following at home,  a fuel delivery issue slowed the pace of the Porsche with the Plumb brothers fighting to hang on to a fifth place finish at the checkered flag.

“The start of the race went pretty well and I had a lot of pressure from the Mustang in the first 15 laps,” said Hugh 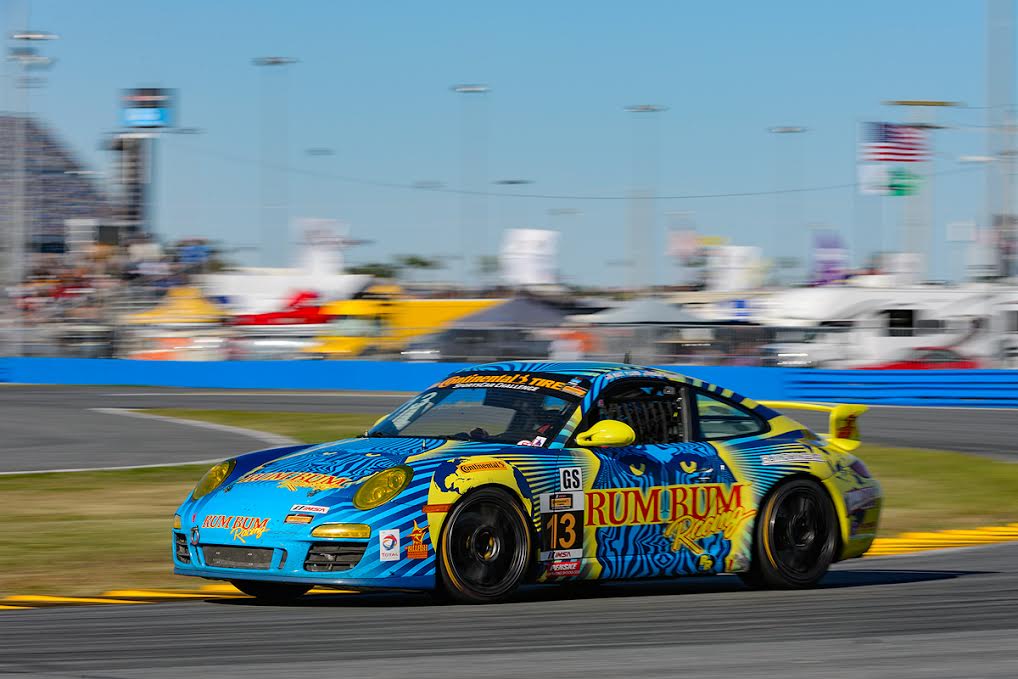 Plumb, who battled for the lead with some breathtaking side battling against the eventual race winner.  “A little later on I got some pressure from the No. 33 Cayman. The crew just did an amazing job for us, great pit stops as usual. It was pretty hectic and there was a lot of pressure but the guys did a great job.”

The usual perfect pit stops by the Rum Bum Racing crew were on full display with the first stop coming with 1 hour and 25 minutes remaining in the race. Hugh Plumb pitted from second in the order to hand the car over to Matt Plumb who anchored the car to the finish.

When Matt Plumb took to the track he was in a continuous fight for the lead with the Mustang of Billy Johnson all the way up to the final pit stop of the race. Plumb took the car to pit lane for tires and fuel with just under 50 minutes to go and a brilliant stop by the Rum Bum crew saw the No. 13 Rum Bum Racing Porsche return six seconds ahead of the Mustang with the lead.

Unfortunately what was sure to be another intense battle all the way down to the checkered flag was never to be had as the fuel delivery issue hindered the Porsche’s pace, leaving Plumb to fight to hang on for fifth position through the final laps of the race.

“It’s a shame that we didn’t get that podium we were looking for today – Luis Bacardi assembles such a great group here in Rum Bum Racing and with the Bacardis and a whole crowd of Rum Bum supporters on hand here with us, we really wanted to give them a good result today,” said Matt Plumb. “As soon as I got in the car for my stint, I started to feel something a little off. It was a particular problem that we’ve never seen before. Billy (Johnson) and I had a great race. I could see he was faster, but I sure wasn’t not going to make it a bit of a show. Billy runs very hard and we’ve raced enough together to realize that when one car is a little better, we’re not going to take each other out. Congrats to him and his team, they deserved the win today.”

Rum Bum Racing next travels to Sebring International Raceway for Round 2 of the IMSA Continental Tire SportsCar Challenge March 17-18.

FOX Sports 1 will broadcast the Daytona event on Saturday, February 13 at 8:30 AM ET.